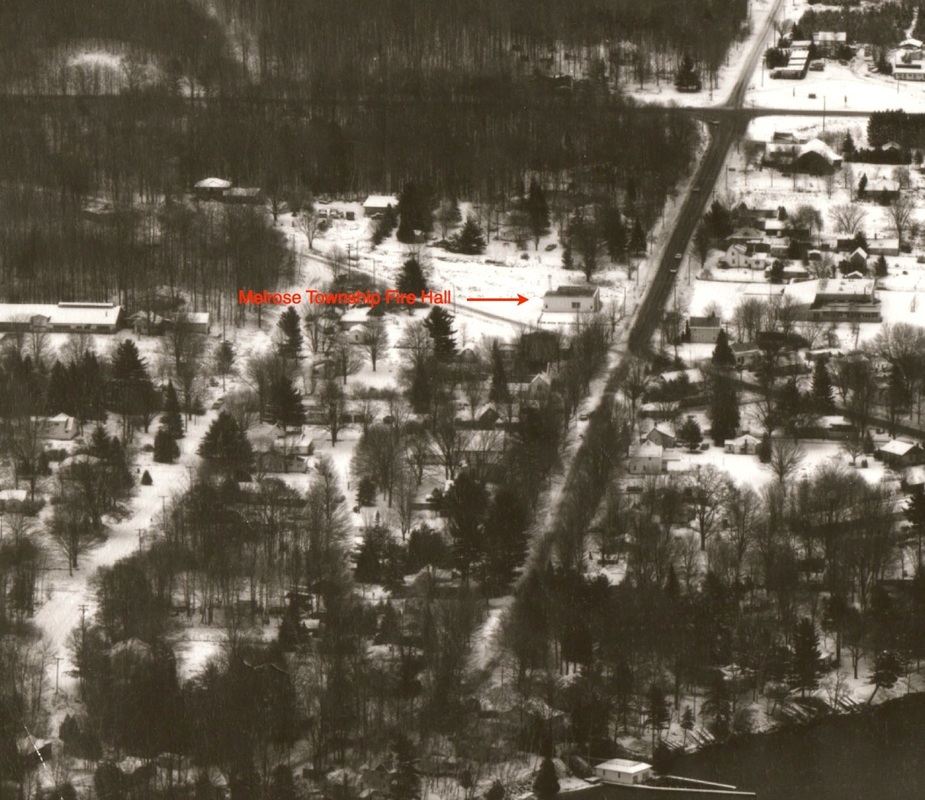 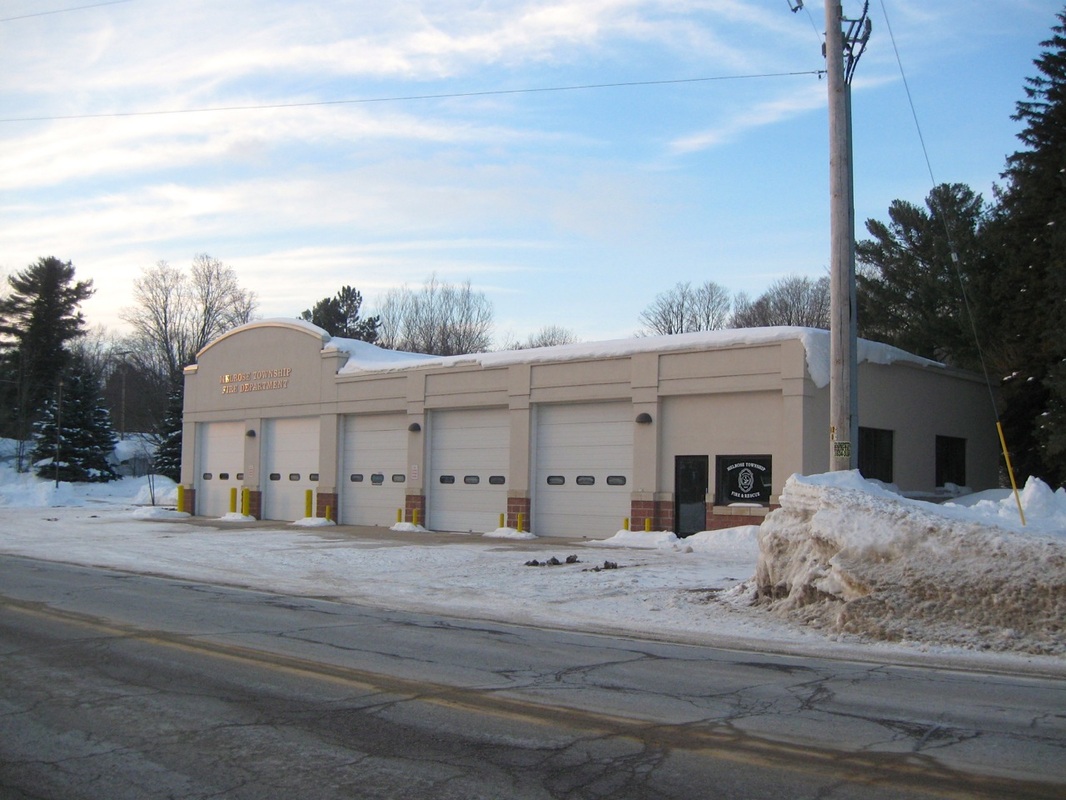 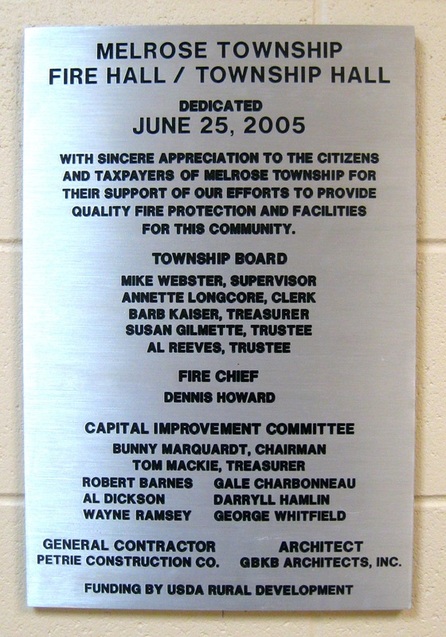 This 2005 Dedication Plaque hangs on the wall of the Melrose Township Fire Hall/Township Hall. 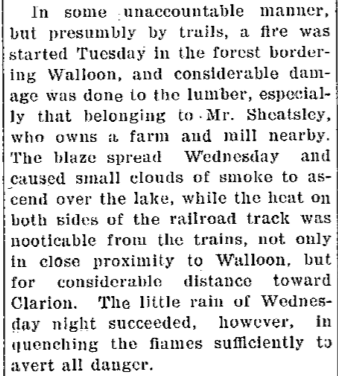 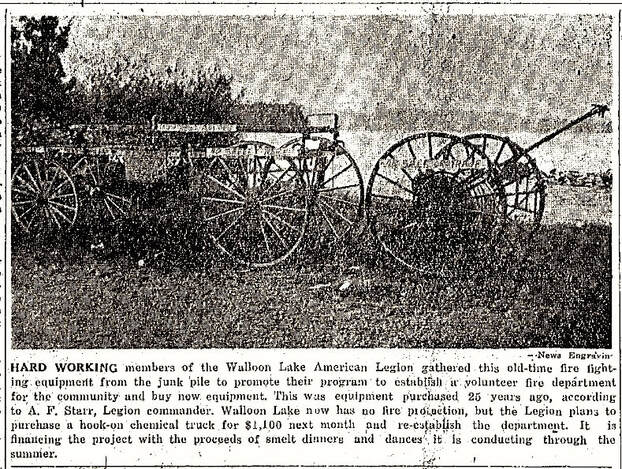 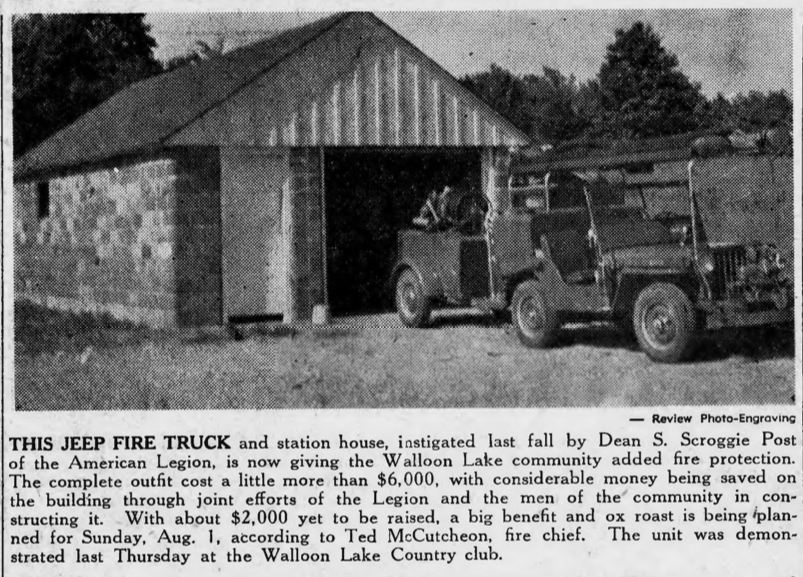 22 July 1948 ~ Northern Michigan Review
In 2011 historical photos hung on the wall of the
Melrose Township Fire Department and Melrose Township Hall Building and Location.
Tom Mackie made the frames for the photos. 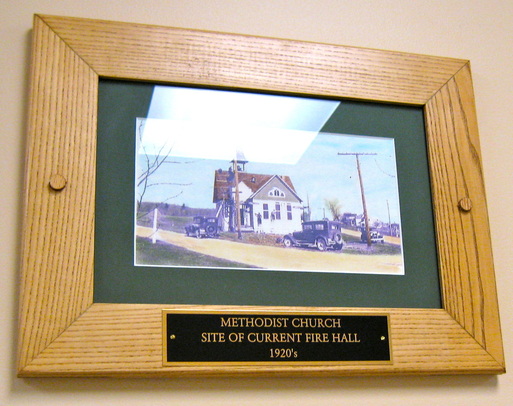 The Methodist Church was built in 1905. It burned down in 1948 after it later became the township hall. Ironically, the burned out location is now where the Melrose Township Fire Department is located.
AWARDED
TO
KENNETH J. STARR
FOR FAITHFUL SERVICE
TO
MELROSE TOWNSHIP
FIRE
DEPARTMENT 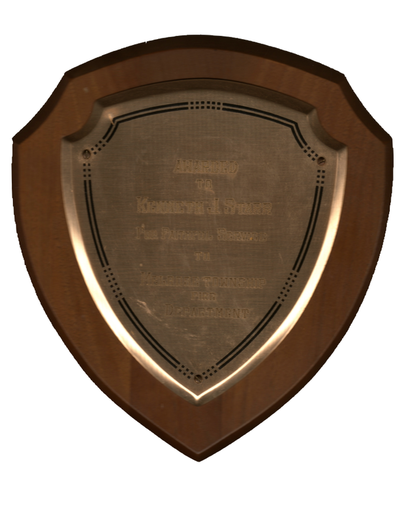 In Loving Memory of
JAMES (SAILOR) URMAN
A Member of the
Melrose Township Fire Dept.
who died
November 22, 1989 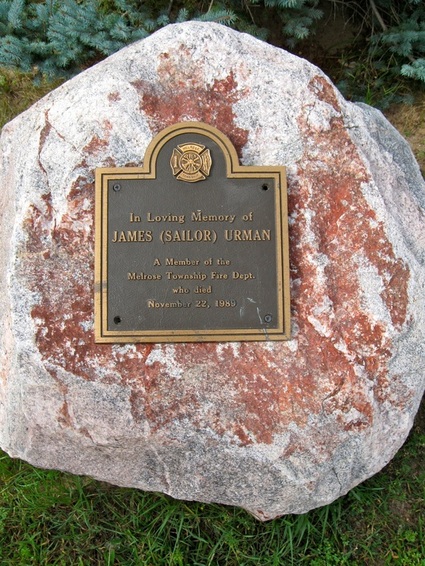 Henry A. Beadell's family has summered at Walloon Lake since 1908. Henry's 1994 obituary told that Henry was an active participant in the origination of the Smokey the Bear Campaign. Also, Henry gave freely of his time and knowledge as a volunteer firefighter for the Walloon area fire department for more than 40 years.
In 1907 the Village of Walloon Lake endured a devasting fire, burning many of the businesses.
See the webpage on this site about "The Foot" to read more about this horrific fire in the Village of Walloon Lake.
Although the Village of Walloon Lake itself was never threatened by a forest fire, forest fires were a menacing threat after the lumbering companies removed the logs from the land. When the loggers left, large amounts of brush were left behind, to become dry, and extremely flammable to whatever causes of fires. During 1908 both the South Shore and the North Shore had forest fires in their surroundings. In 1924 the Indian Garden Hotel was threatened by a huge forest fire which was finally put in check by the firefighters creating a backfire.
Ken Klumpp, previous Walloon Lake village resident, remembers going on "fire runs" with his dad, and they carried 50 gallon barrels of water for their water supply. At that time the Fire Department had a Jeep with a pump on a trailer.
Photo Below: Lester Stevens stood in his driveway by his yard with Masters' house on the left behind the pole, and the fire station on the right behind the other pole. This was probably 1960 or after when this first small fire hall was built. 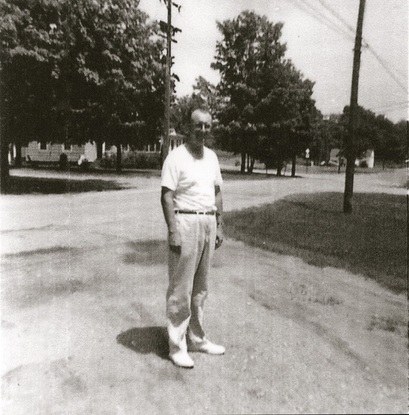 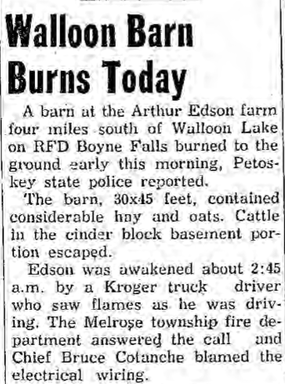 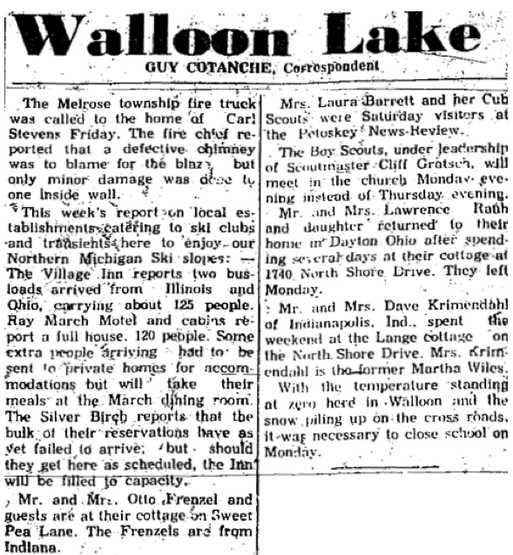 Fire officials continue probe into cause of blaze
December 09, 2004|By Steve Zucker News-Review Staff Writer
WALLOON LAKE - As fire officials continue their investigation into what caused a fire that destroyed much of a Melrose Township firefighter's home Sunday, members of the community he's served for many years are coming together to help out the family which lost most of their belongings in the fire. 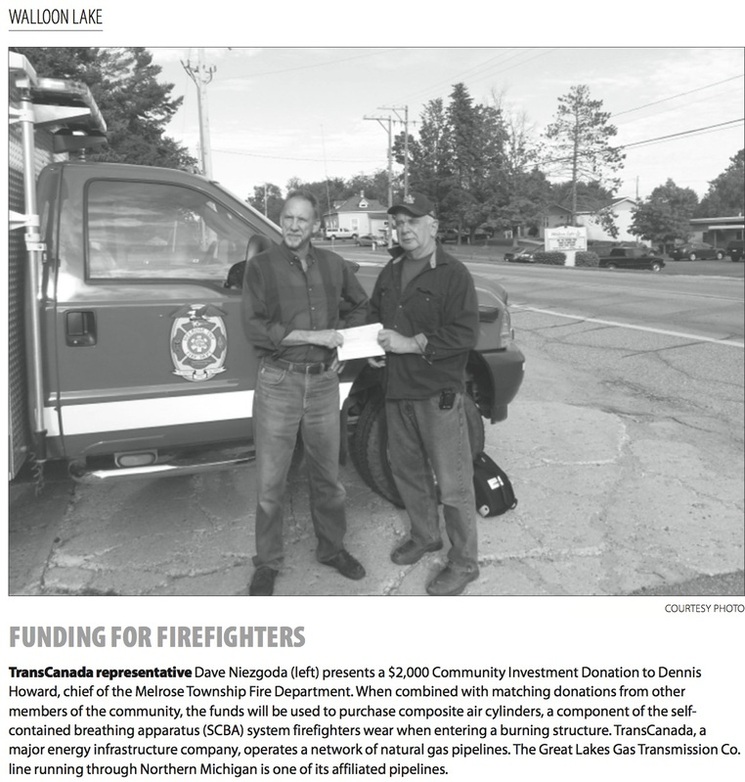 22 June 2017 ~ Petoskey News Review
Melrose Township Fire and Rescue Facebook Page
Please do not copy the photos on this site, many of which have been submitted by private individuals...
just come back and visit the site often to view the photos.
TOP