The design and compilation of the text and photos on this site are copyrighted 2014.
Most posted items will enlarge by "clicking" on them.
"Clicking" on some color highlighted words may access additional information.
Three of the Engagement Announcements had Walloon Lake Connections...
Margaret Crago and her sister Ruth Crago (North Arm) AND Gerrie Malloy (The Foot) 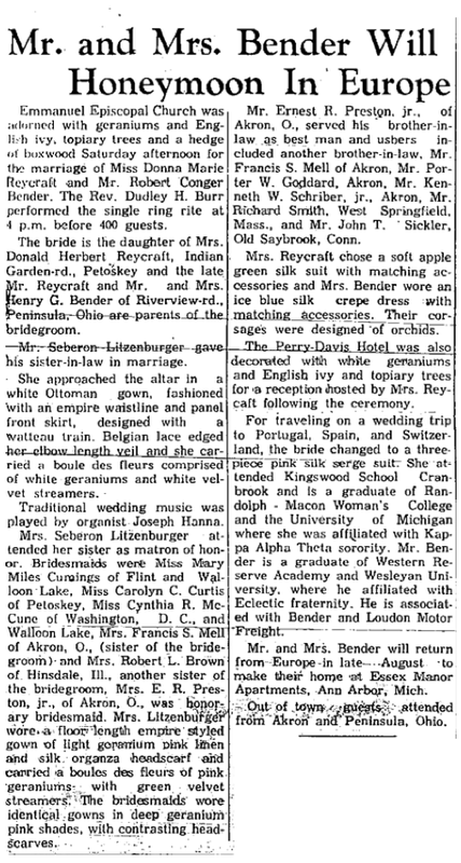 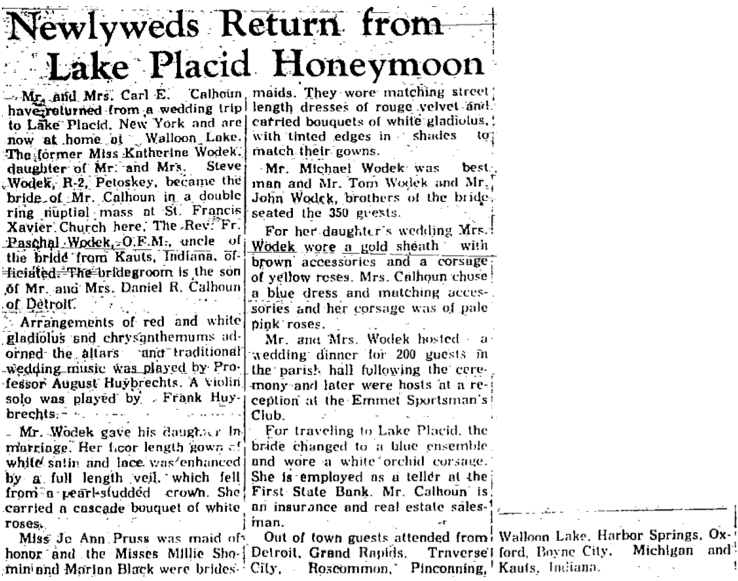 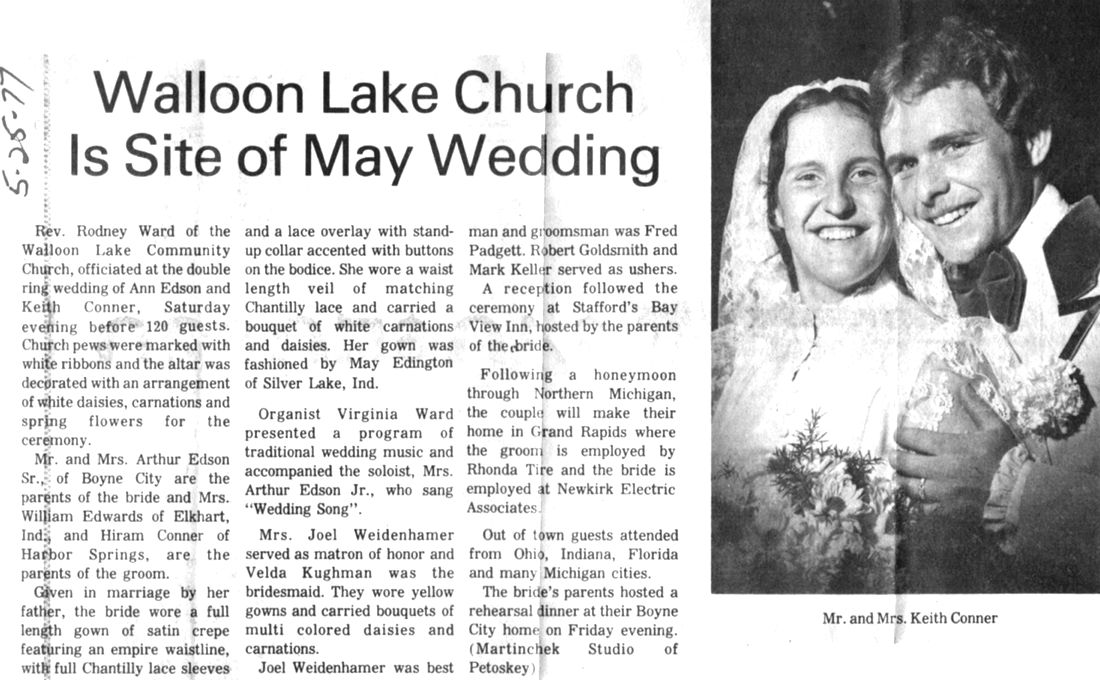 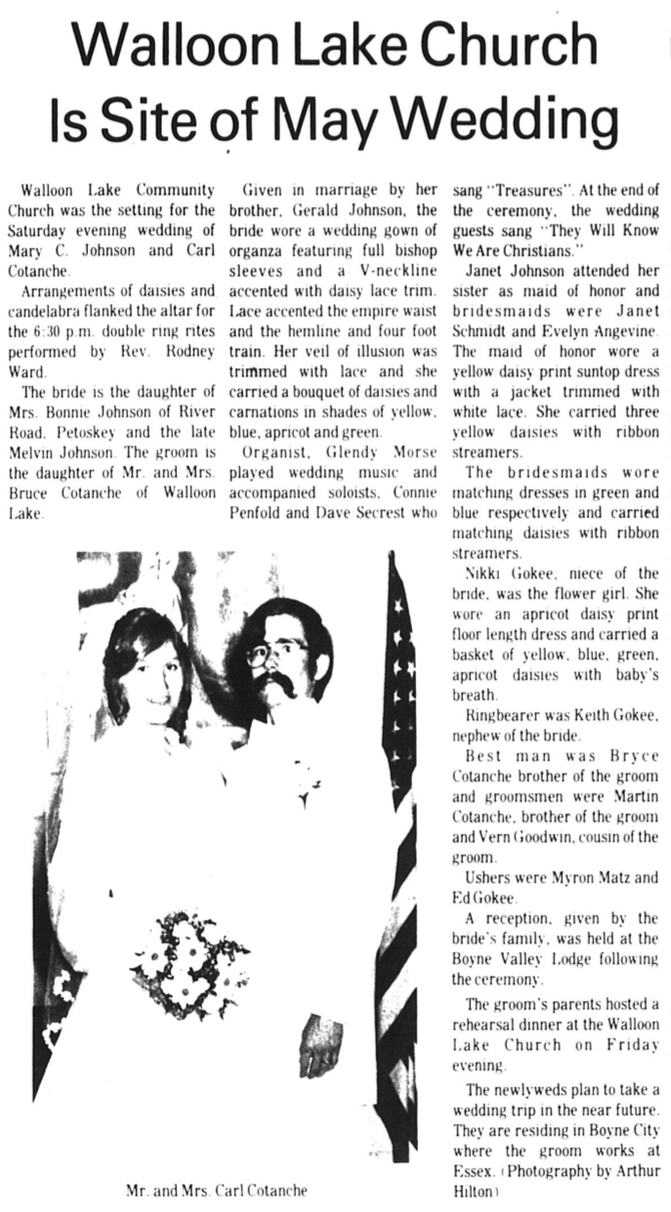 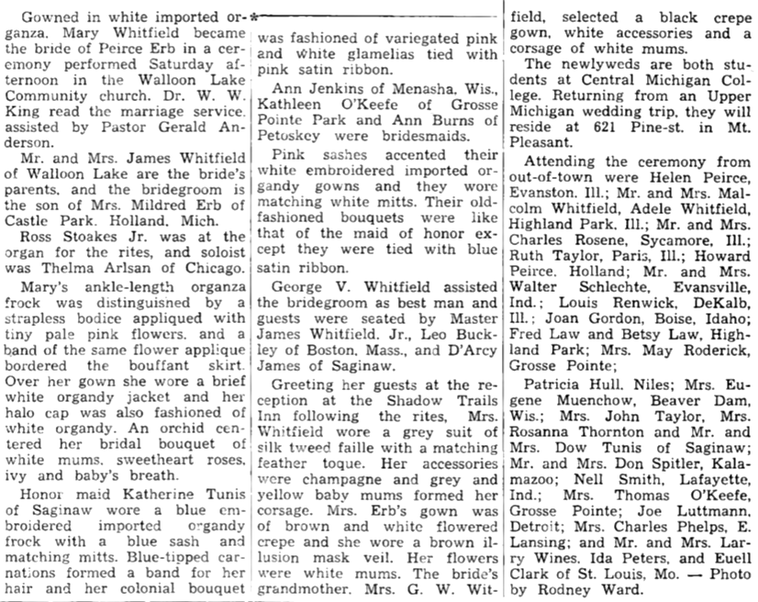 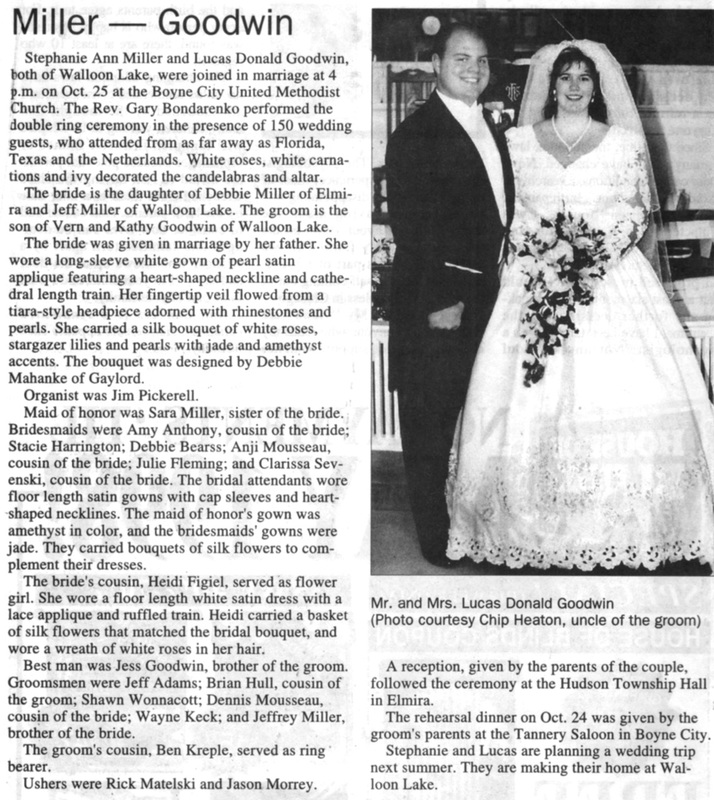 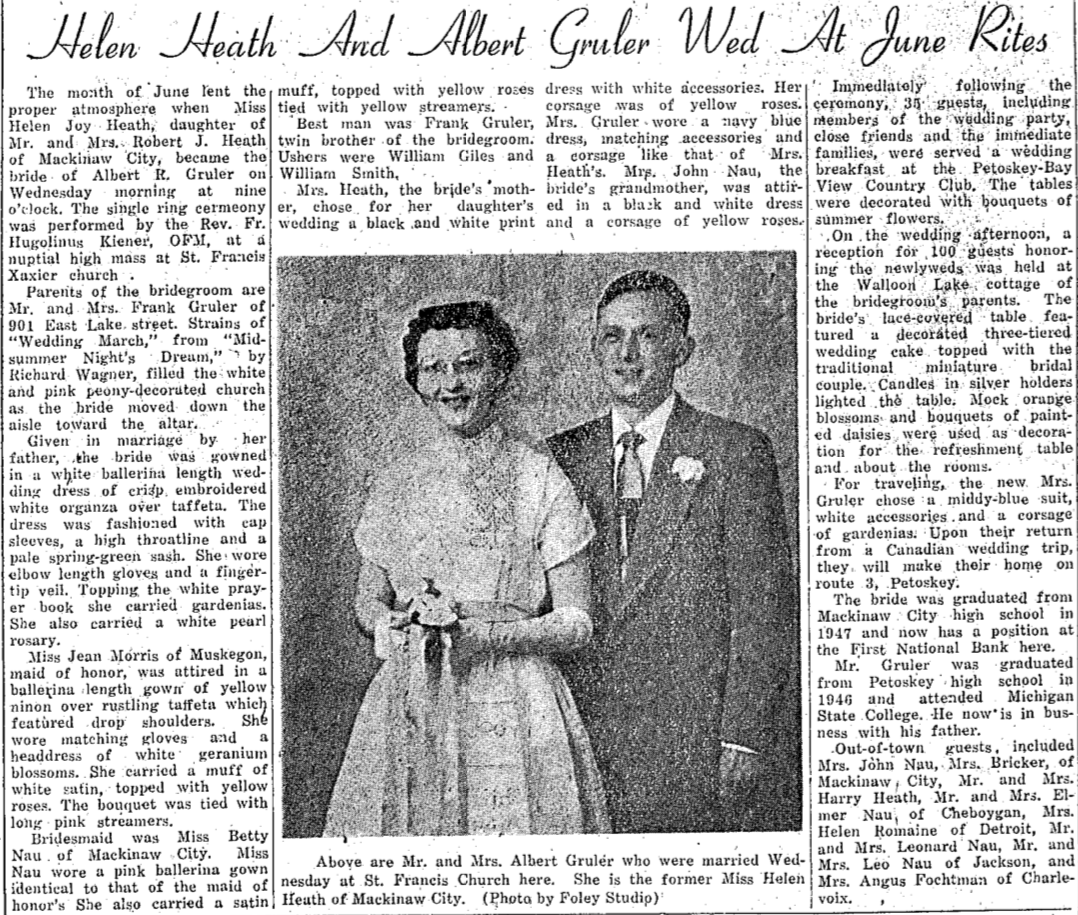 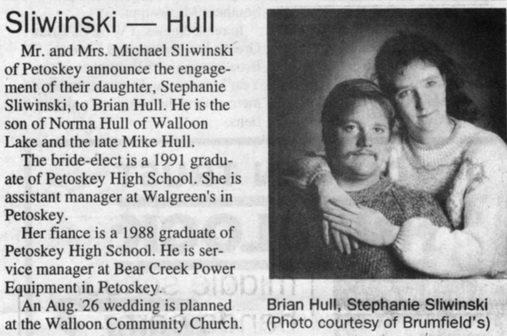 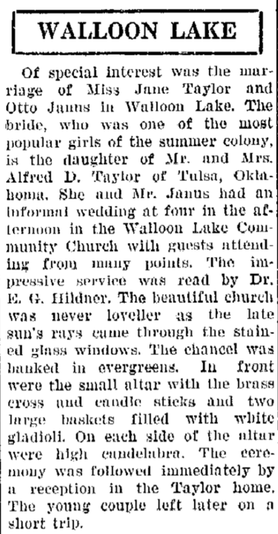 11 September 1941 ~ Northern MIchigan Review
Kies Wedding at Phil and Barbara Smith's Cottage ~ 1995
The Kies have rented 'The Other Place' each summer since 1995. One year, Lynda Kies called and asked if her son and fiancee could be married at The Other Place. Of course, my answer was yes. They did a nice job of decorating and hanging lacy white material on the porch ceiling, tiny white Christmas lights on the porch pillars and railing, placing potted flowers everywhere and putting lights on the eleven birch trees. That night, the lights reflected on the lake. After the wedding, the wedding party went out to eat. The cake was cut on the porch when they came back. It was really pretty.  ~ Barbara (Ice) Smith (Lake Grove Road, West Arm)
Kircher ~ Moore 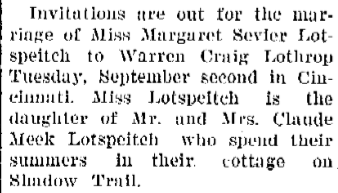 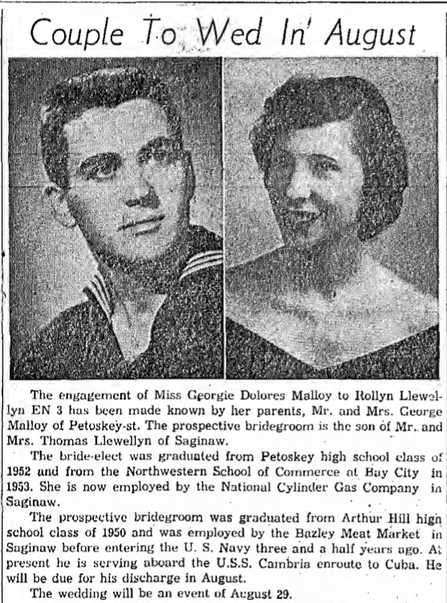 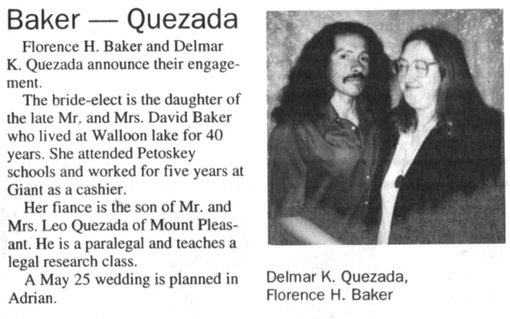 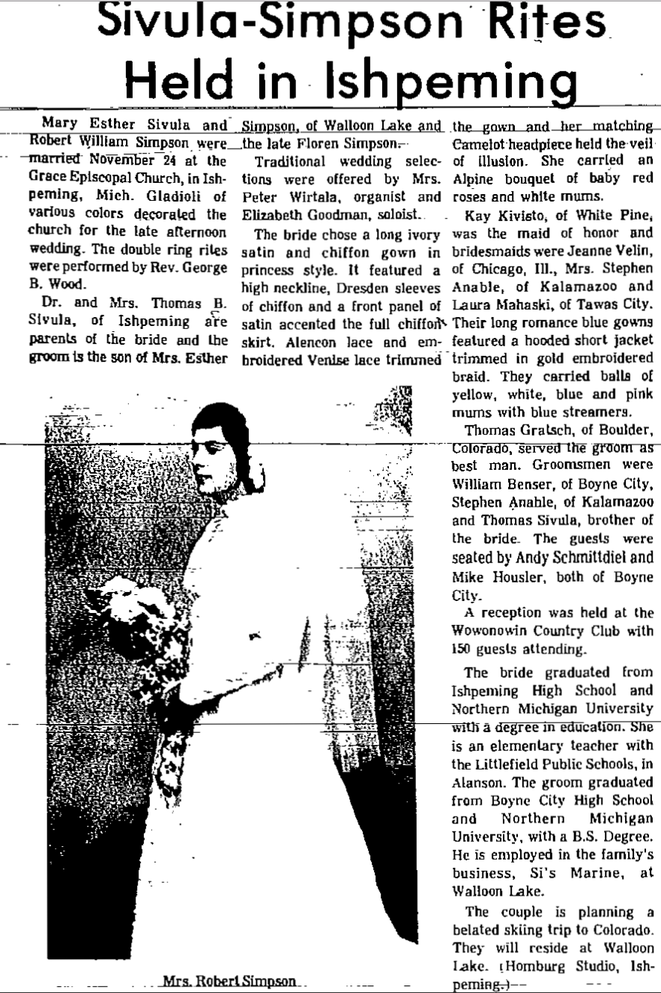 30 November 1973 ~ Petoskey News Review
Smith Wedding ~ The Other Place
Scott and Dibby’s son, Brian and his bride, Valerie, were married on July 10, 2005, under the birch trees in front of the The Other Place on Walloon Lake. There were rows of white chairs across the lawn, separated in the middle to make an aisle. Brian and Andrew came around the grassy side yard. I took Brian’s arm to my seat with Phil following. Dibby took Andrew’s arm with Scott following to their seats. Then we all stood and faced the front door of the cottage and out came the bridesmaids, the matron of honor, and then Valerie in her beautiful white long wedding gown. Her dad was on one side of her and her mother on the other. I had painted flowers on pots that had lovely flower arrangements in them and there was a flower pot on each side of every porch step. Sixty guests were present, mostly out-of-towners. Phil and I had a speaking part in the ceremony. There were a few people in boats going by gazing, going slowly, and being quiet. Andrew brought the decorated float boat to the dock at the end of the ceremony and they ran down the dock and off they went, Brian driving with Valerie on this lap. Their reception was at the Perry Hotel, and the hotel trolley came to our cottage, collected the wedding party, and off they went, including Phil and me. It was a really beautiful lakeside wedding, with super weather (which I arranged, of course!). ~ Barbara (Ice) Smith (Lake Grove Road, West Arm) 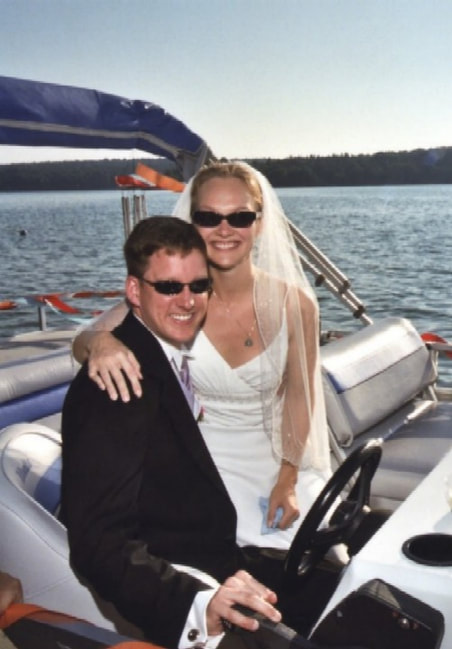 Brian and Valerie Smith
~ Mr. and Mrs. Leslie A. Spalding ~ 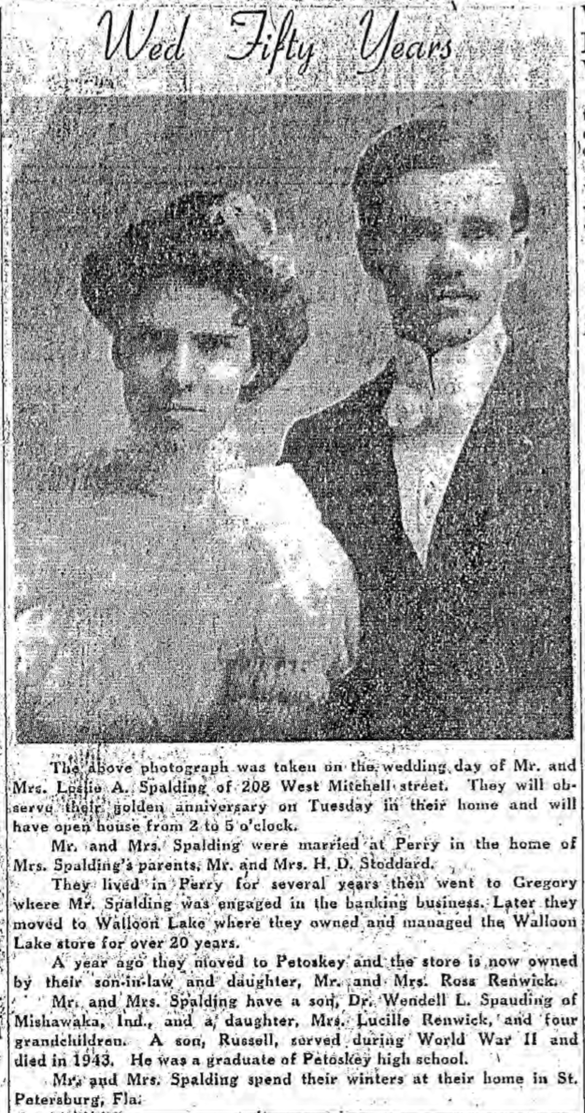 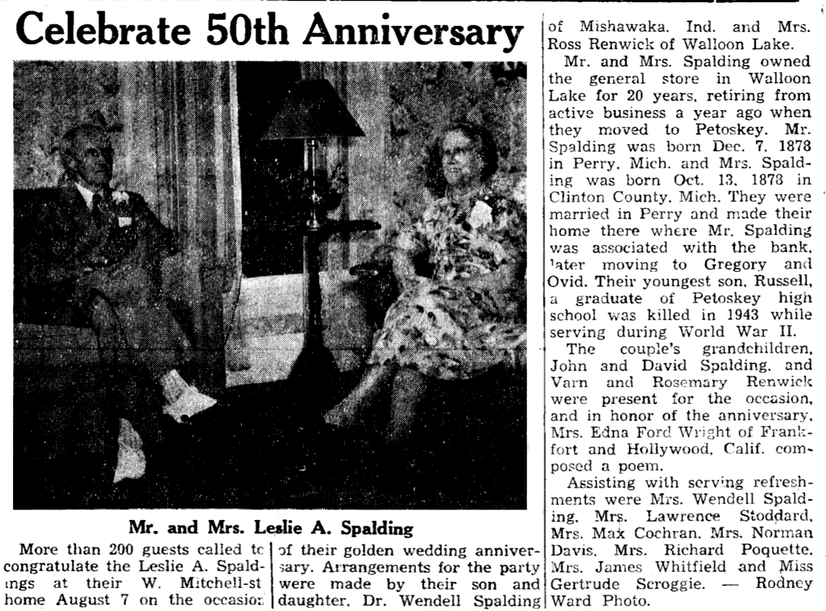 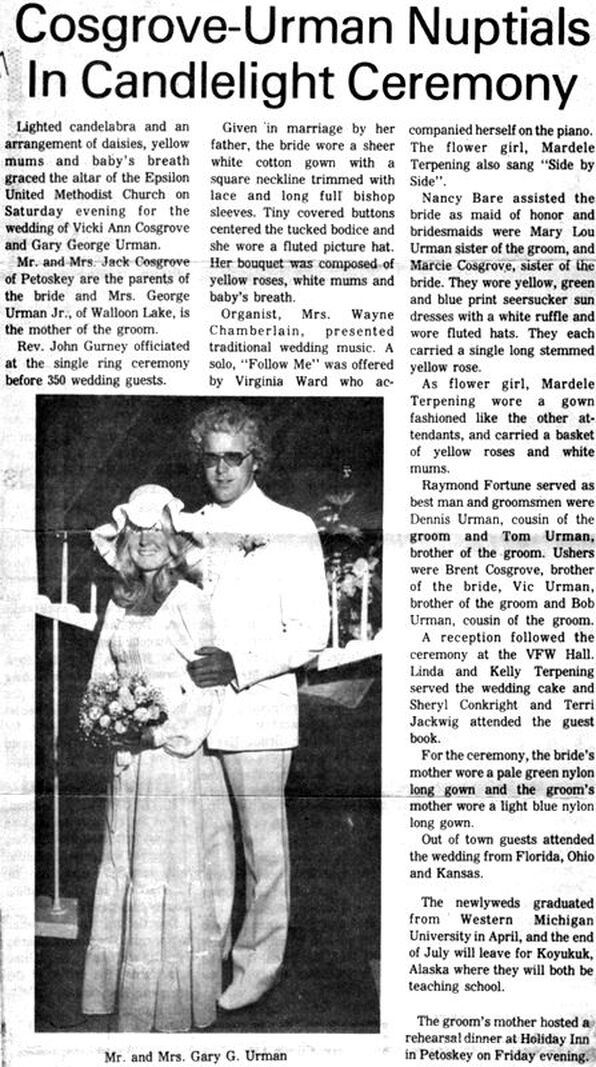 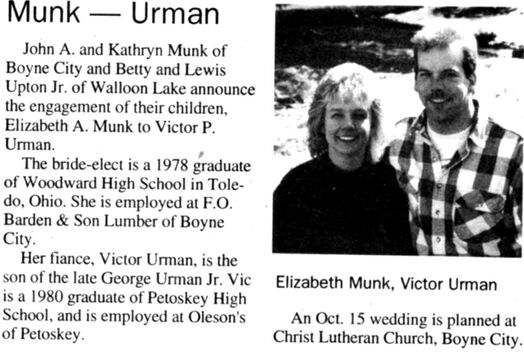 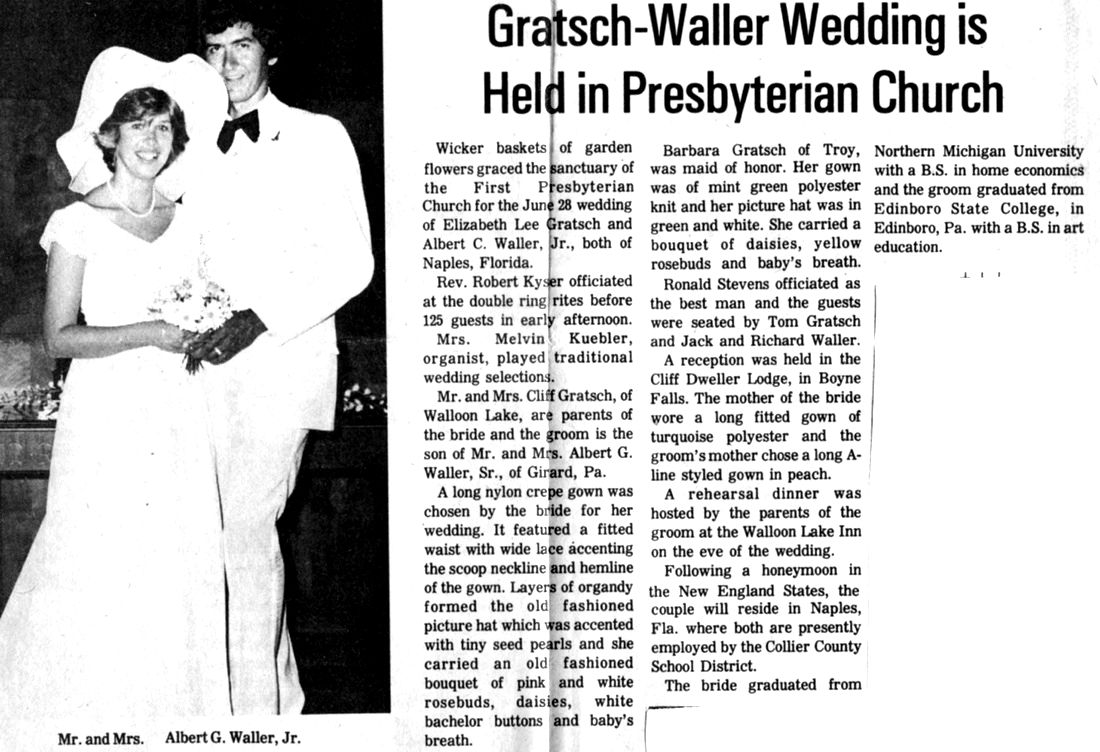 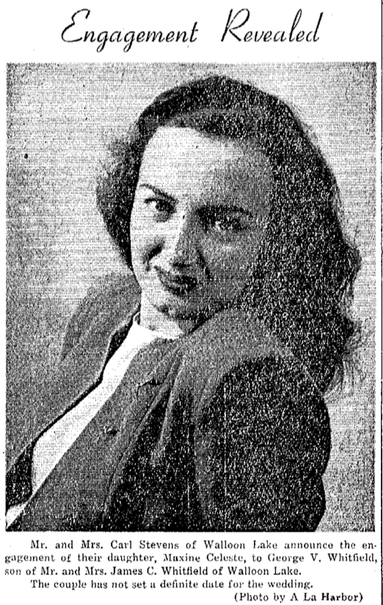 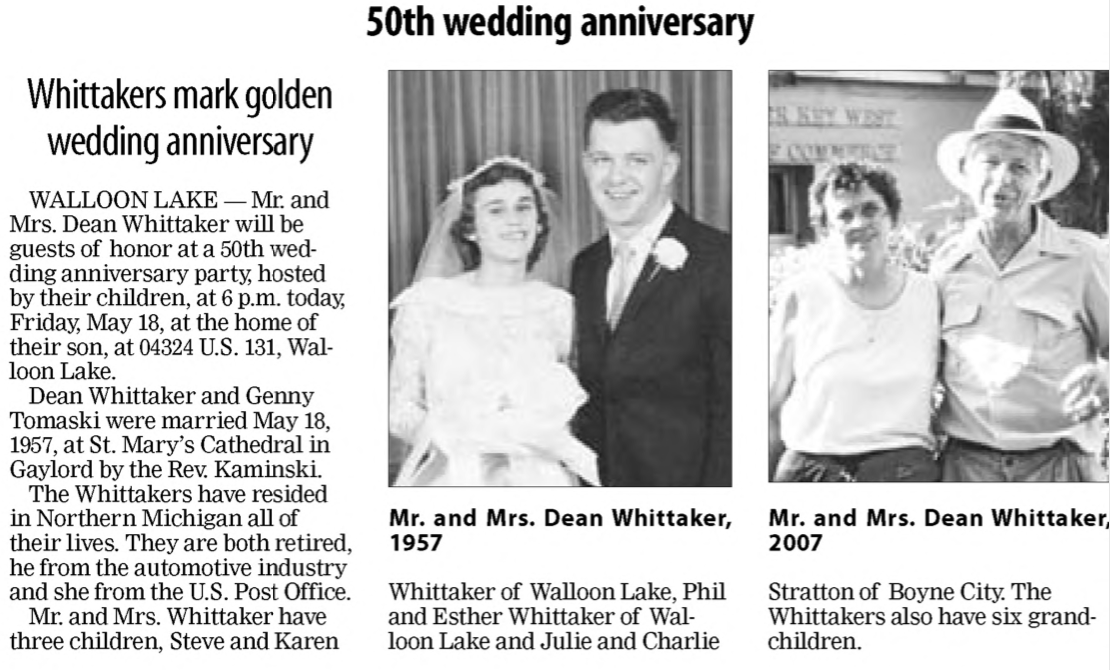