The design and compilation of the text and photos on this site are copyrighted 2014.
Most posted items will enlarge by "clicking" on them.
"Clicking" on some color highlighted words may access additional information.
(http://www.walloon.org) 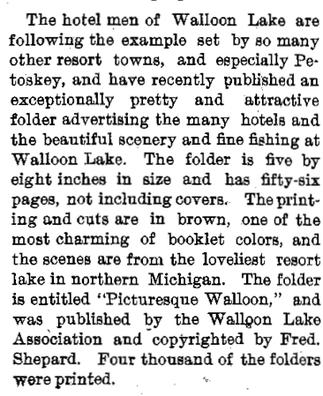 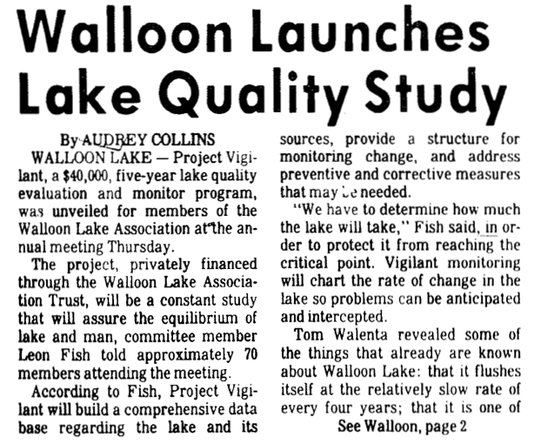 There will be no visitation or immediate service. Cremation has taken place and a committal service and remembrance will be held this summer. The family was served by Stone Funeral Home.

He was born on April 24, 1913, in Indianapolis, Ind., the son of Dr. Frank E. and Kathleen (O'Bannon) Abbett. He graduated from Shortridge High School and attended Wabash College.

He married Mariadna Colburn in 1937 and began a career in the electronics industry. He retired in 1977 as senior partner of Coakley, Boyd and Abbett, an east coast electronics equipment manufacturer's representative firm based in Framingham, Mass.

He was preceded in death by his wife, Mariadna, and a brother, Charles.

Frank started summering in Northern Michigan as an infant and retired to Petoskey from Dover, Mass., in 1977. He was a former executive director of the Walloon Lake Association, and had been an active member of the Dedham Polo and Golf Club, the Wellesley Country Club, the Walloon Lake Country Club, and the Rotary Clubs of Needham, Mass., Boyne City and Petoskey, where he had served as secretary. He was an avid golfer and skeet shooter.

The 27 July 2017 Graphic reported a story titled: "Night Skies Over Walloon"
telling of the Walloon Lake Association working to "emphasize those qualities of life in nature."
The 2 May 2019 Petoskey News Review reported an article titled: "Vote Coming on Walloon Lake Groups' Possible Merger." The two groups include Walloon Lake Association and Walloon Lake Trust and Conservancy. "Association officials noted that although the two organizations share similar missions and goals as well as staff, they exist as two separate entities with separate boards." A team of members from both groups "concluded that a merger would create greater staff efficiency, improved programming, enhanced communication and an equitable sharing of assets" among other benefits. The full membership will have an opportunity to vote before going farther in the process.
The 17 May 2019 Petoskey News Review announced "Walloon Lake Association approves merger". “It’s a great day for Walloon Lake,” commented association president Lauren Macintyre. 'With our 932 families who are committed to the preservation of Walloon joining the trust, with its 46 preserves and 2,000 acres of ecologically significant habitats, it can only mean wonderful things for the lake.'"
"The new organization, to be called the Walloon Lake Association and Conservancy, must now be approved as a nonprofit organization by the state of Michigan."