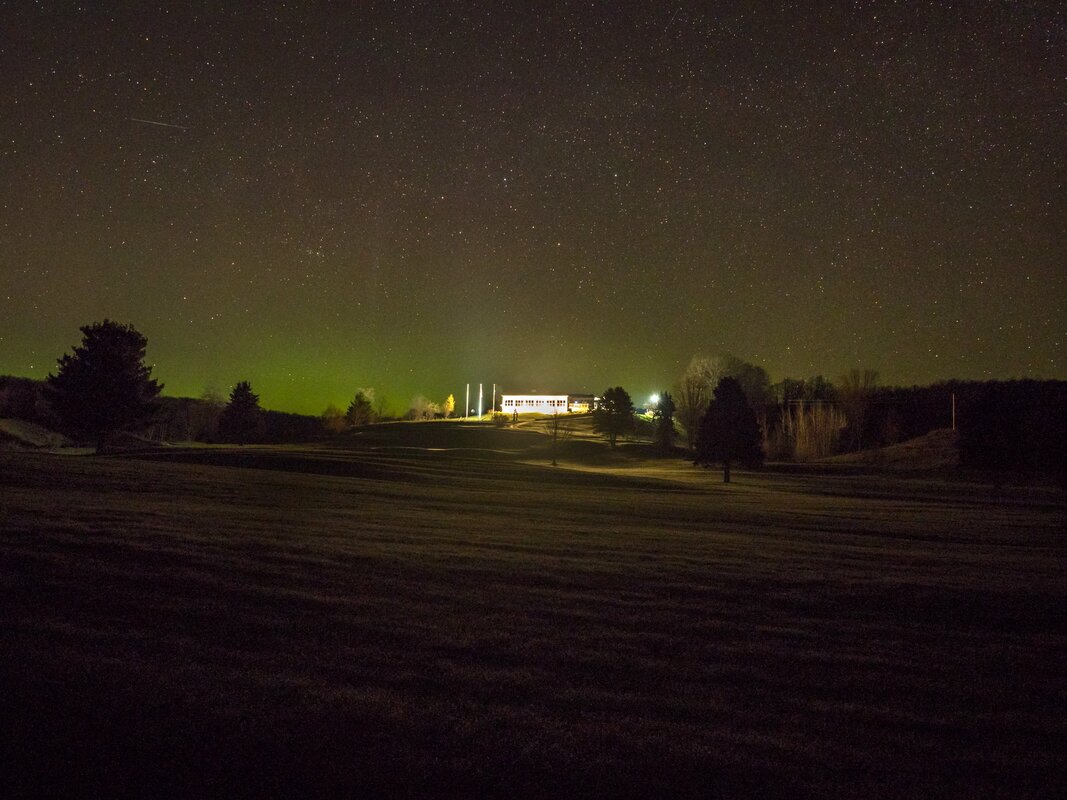 7 May 2018 ~ Photography of "Alex Childress Photo" posted here with permission... 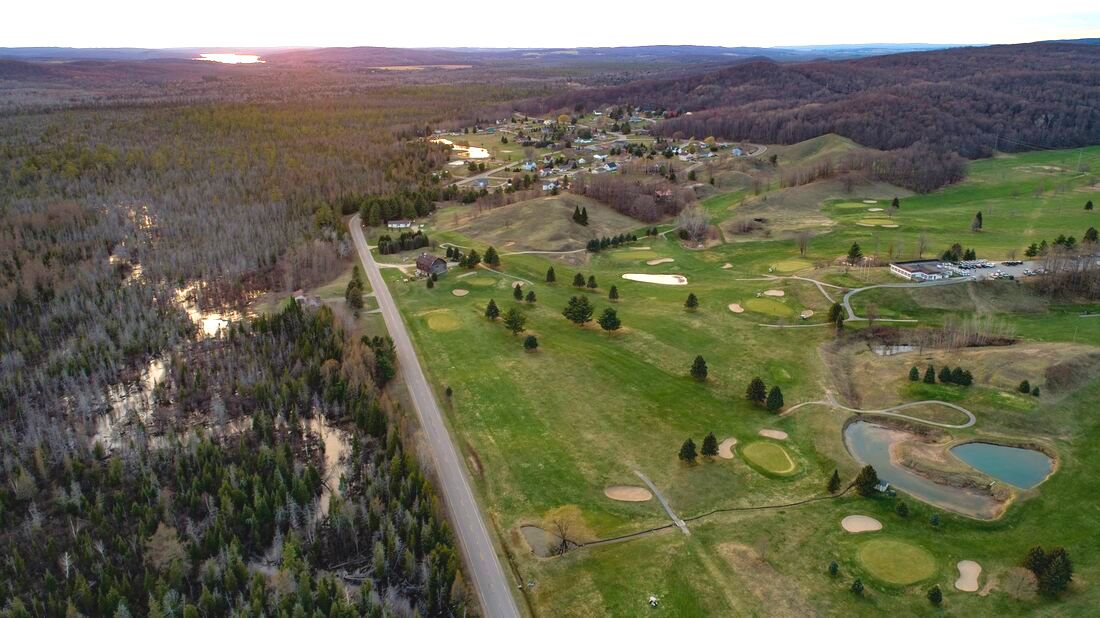 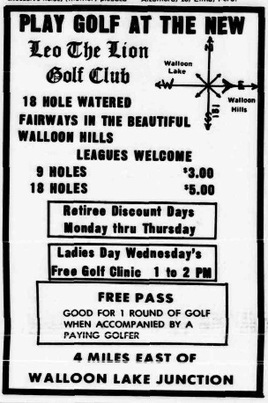 10 June 1970 ~ Otsego County Herald Times
Leo The Lion Golf Club was built by Leo Markel.
Dennis Howard was still in high school when he drove tractor to help to til the grounds for the golf course.
Near the barn, which in 2014 is used as a storage barn, stood an original farmhouse which was occupied by the Lloyd Meadows family.
Leo Markel tore the house down and put in a mobile home (see fourth photo below) which has been moved for quite some time.
A golf pro bought the golf course from Leo Markel, and ran it for a short period of time... maybe under the Springbrook Golf Course name??
Next, the golf course was purchased by Ron and Sue Barr, later, owned by only Sue Barr, and now in 2014 the ownership is unknown. 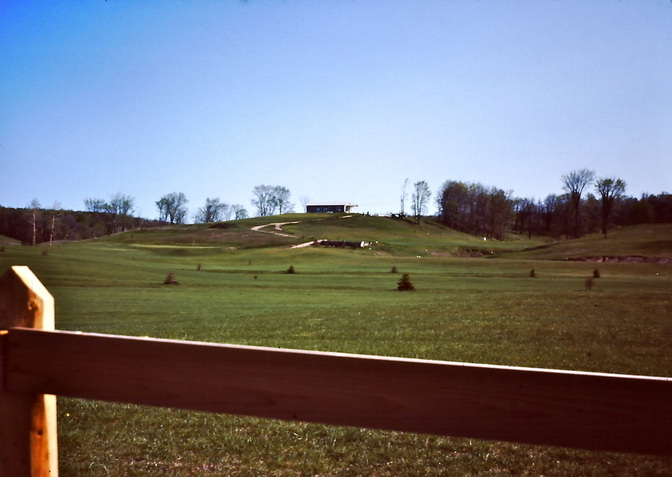 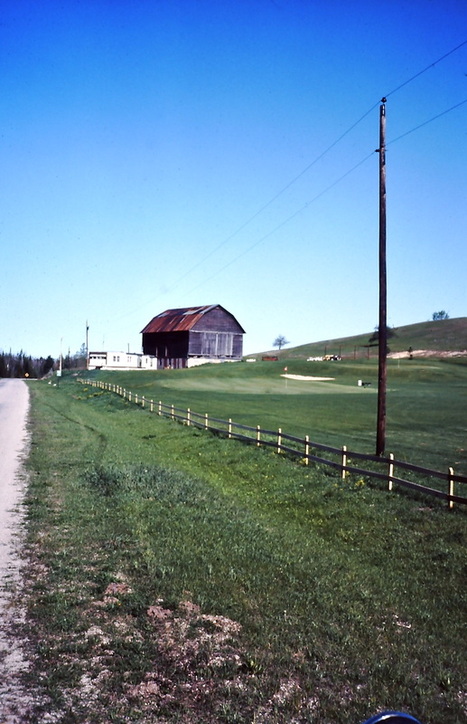 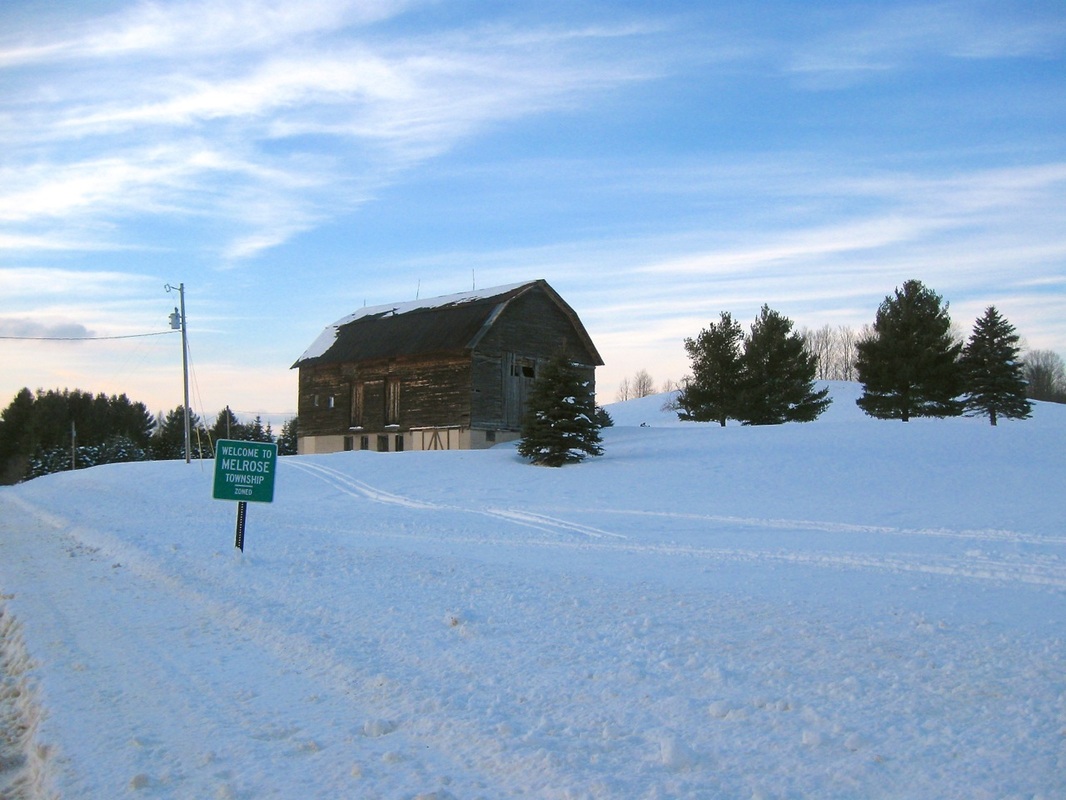 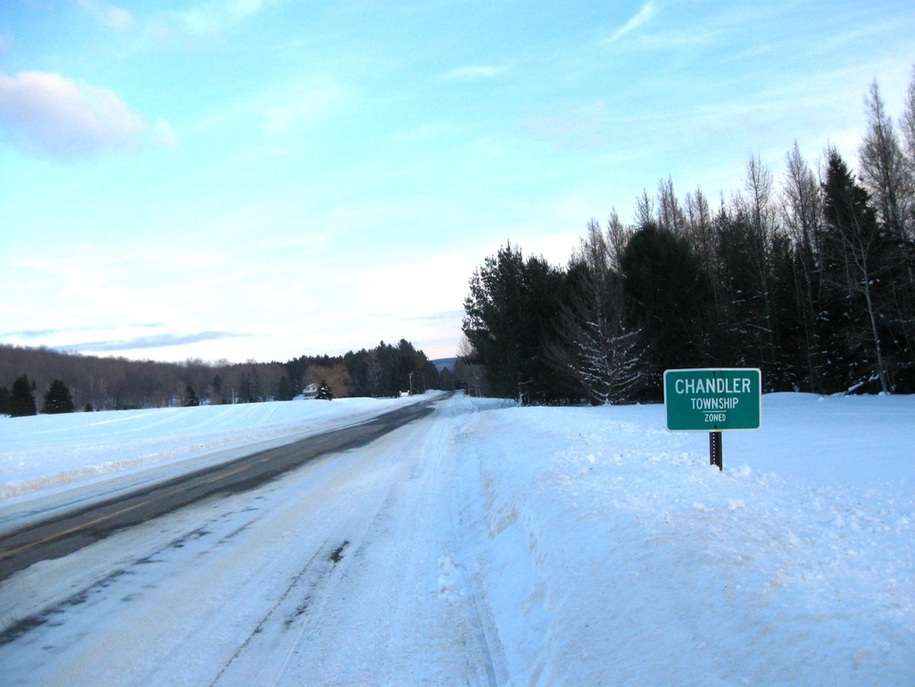 8 February 2014 ~ Springbrook Golf Course on the Other Side of the Road as the Chandler Township Sign
Break-ins reported
September 16, 2005
WALLOON LAKE - The Charlevoix County Sheriff's Office has taken two suspects into custody in connection with several recent breakings and enterings in the Melrose Township area, undersheriff Don Schneider announced Thursday.
Targets of the break-ins included Springbrook Golf Course, Scottland's Yard Golf Course, Walloon Lake Power Sports and various homes, buildings and vehicles.
There also have been larcenies of golf carts, fuel and tools. Two motorcycles and a backhoe have been unlawfully driven away during the past three to four months as well.
Suspects arrested include a 20-year old man from Melrose Township and a 25-year-old male Alanson resident. On Thursday, the men were lodged in the Charlevoix County and Emmet County jails and are awaiting arraignment.
Springbrook Hills 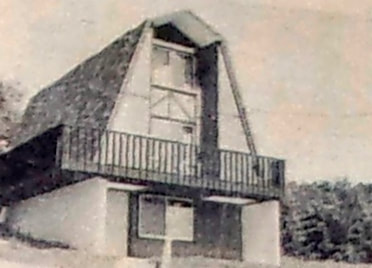 1970s ~ Springbrook Hills Resort Home
Very near Springbrook Golf Course is a small community developed by Walt Masters' nephew Joe Breidenstein. The community is located just four miles from Walloon Lake, and just before the corner heading toward the golf course. Walloon Hills Ski Area (now Challenge Mountain) can be seen in the distance from the homes in the Springbrook Hills community. The community includes a summertime swimming pool, and a clubhouse used for party rentals and reunions. Various trails for hiking and snowmobiling surround the area of the community.

An article from the November 1970 "Skiing" magazine describes Springbrook Hills: "Near Boyne, Walloon Hills, and Thunder Mountain is a large subdivision of single-unit dwellings called Springbrook Hills. Eventually, says developer Joe Breidenstein, Springbrook will include 900 lots and its own ski hill and lodge. The development is located in a rolling, wooded area and includes an 18-hole golf course, clubhouse, swimming pool, trout lakes and stream, playground, and tennis courts. Municipal water, hard-surfaced roads, and underground utilities are included. Lot prices begin at $5,100 and go to $10,900." The large number of lots has not yet materialized in 2014. The developer Joe Breidenstein has passed away. 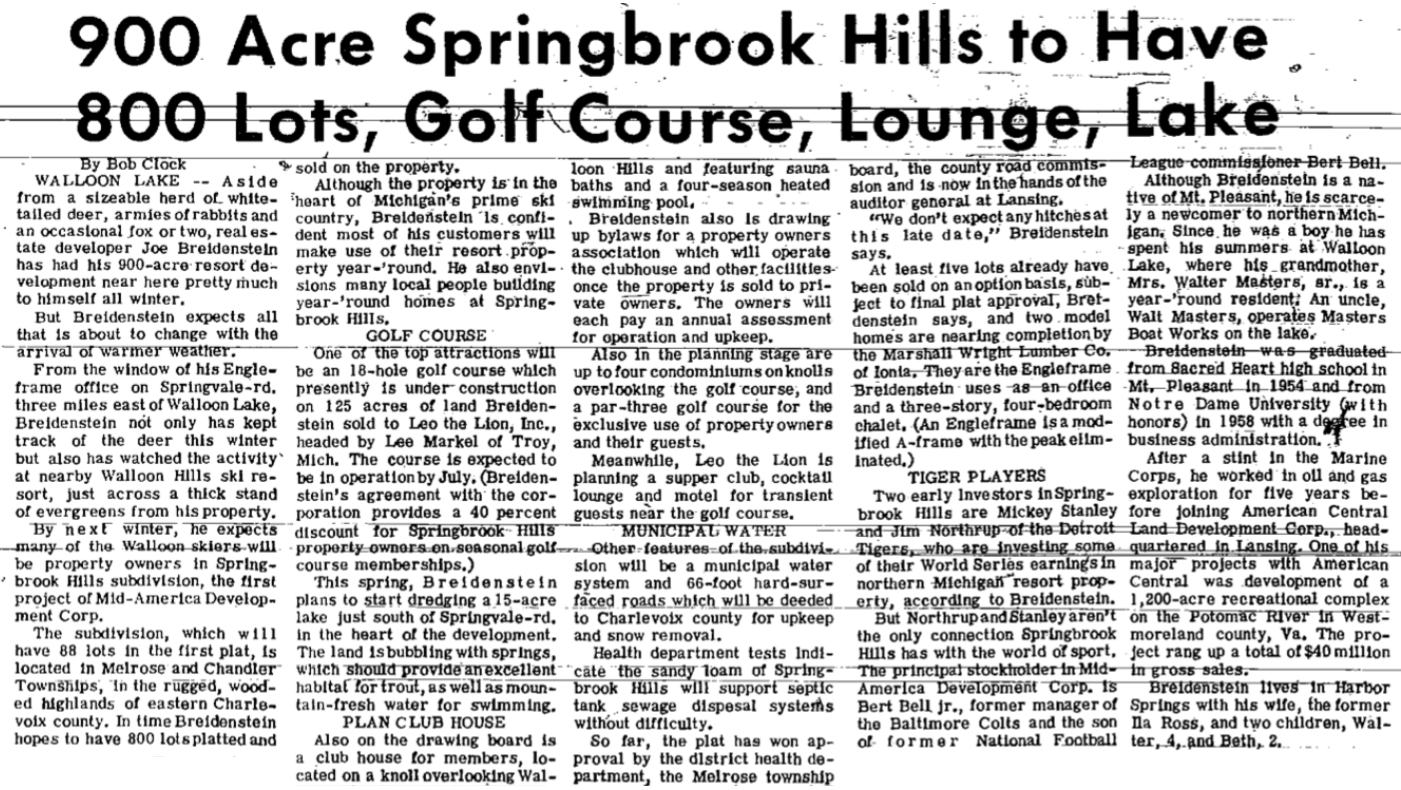 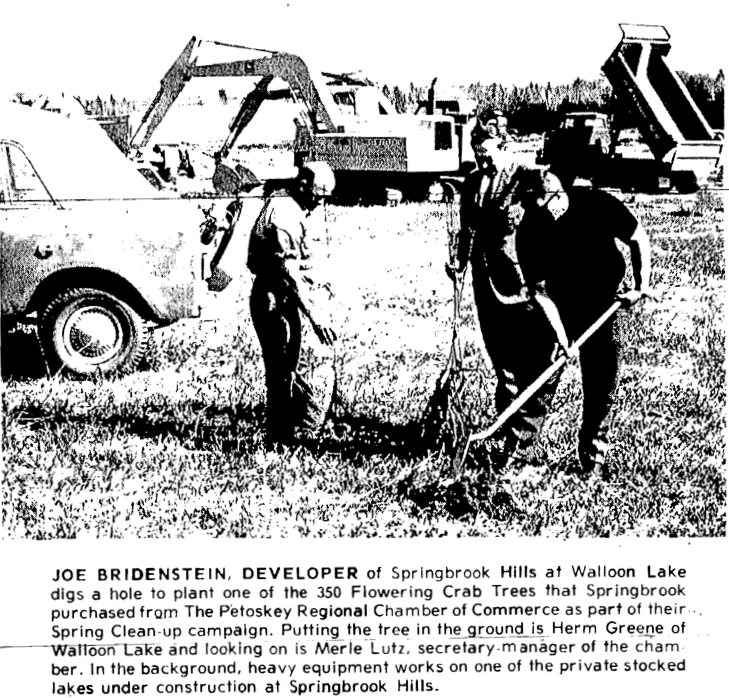 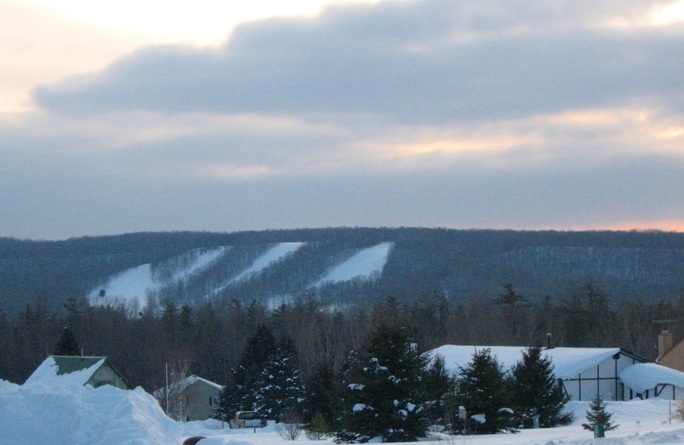 8 February 2014 ~ Walloon Hills/Challenge Mountain in the background of the Springbrook Hills community
Bear River Links Golf Course
~ Previously Scottland's Yard ~
Another Golf Course close to the Village of Walloon Lake is the nine hole regulation length Bear River Links Golf Course under the General Management of Tara Corey in 2013. This course is is only a couple of miles from the Village of Walloon Lake. The course opened in 1994, and was first named Scottland's Yard after the original designer and owner, Scott Kaulman.