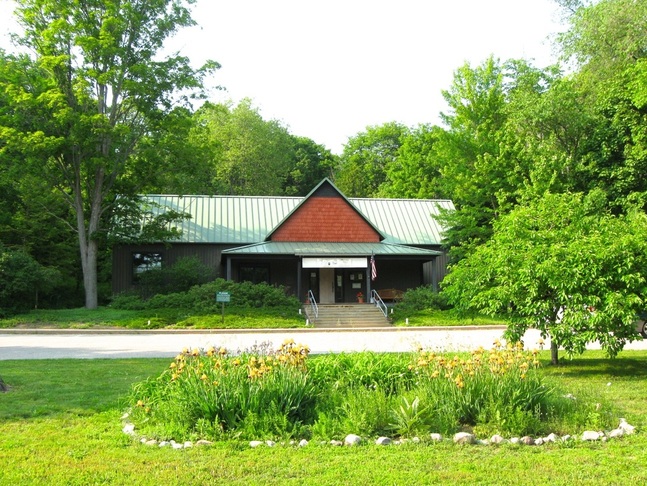 9 June 1915 ~ Crooked Tree District Library
PRE-Walloon Lake Library
During WWI year 1917, "Another valuable gift of books has been received at the Petoskey public library from Mr. O.T. Trowbridge, who is breaking up his summer home at Walloon Lake. Every one of the eighty-four volumes is a good one, and most of them are new to the library. The majority are on sociological and philosophical subjects."

9 October 1917 ~ The Petoskey Evening News
Photo Below: This house was in the exact location of Walloon Lake's Crooked Tree District Library.
The Cooper Family... Dale, Vivian, Sharon and Ron lived in this house for many many years. 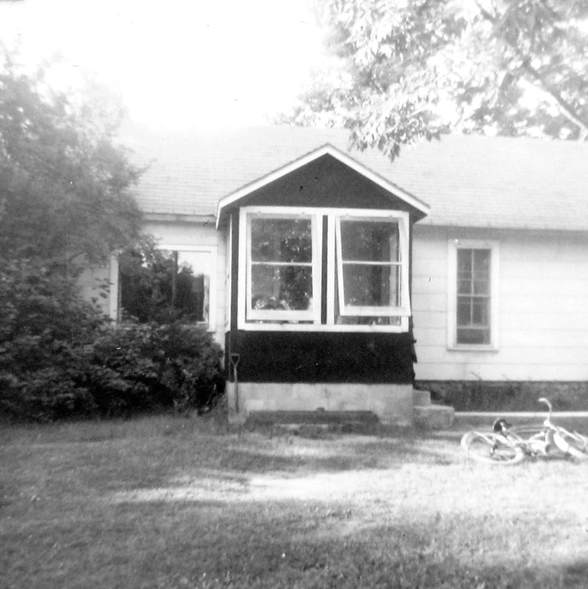 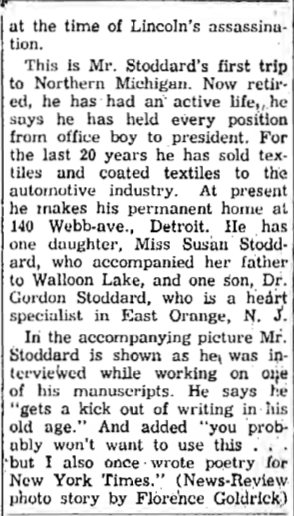 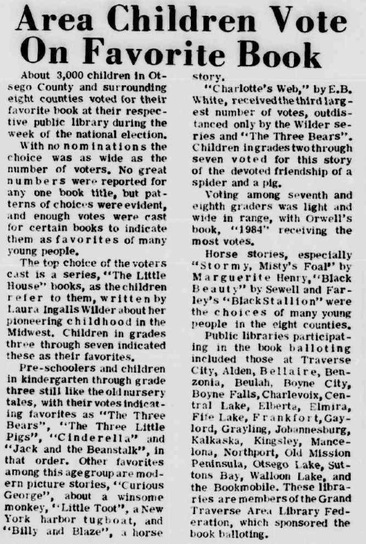 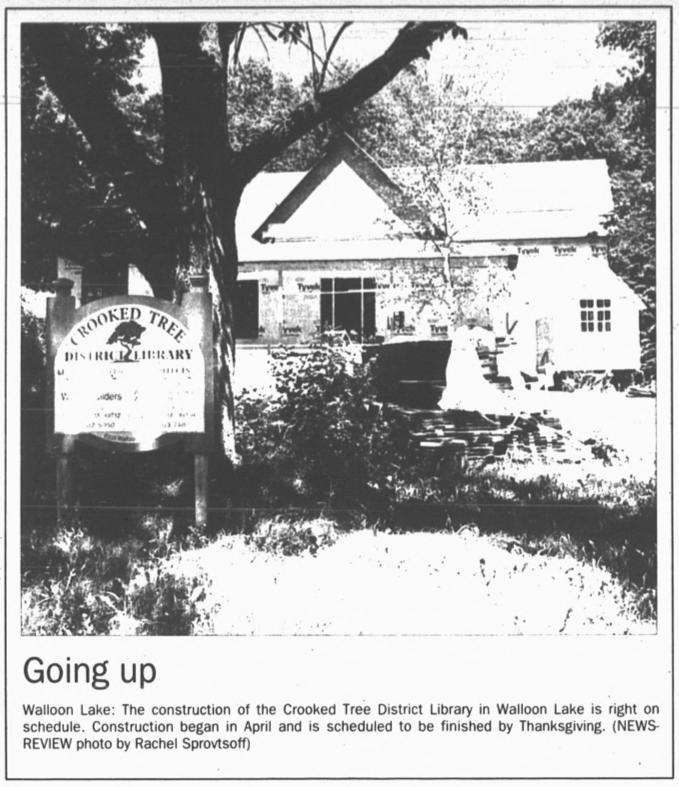 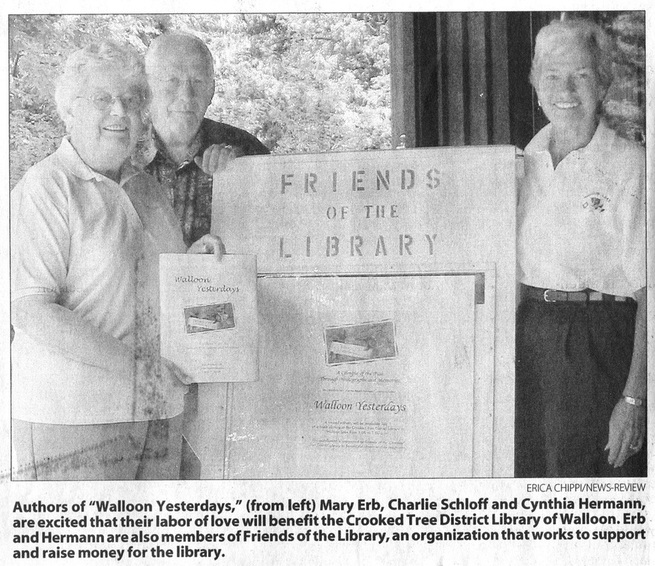 24 June 2003 ~ The Petoskey News Review
Charlie Schloff, author pictured above, was quoted in the 24 June 2003 Petoskey News Review: "The purpose of this book is to encourage the reminiscences and experiences of people who hold Walloon Lake dear. It's to help generations to appreciate the historical significance of this area and the sacrifices our ancestors made to create a community composed of people from all walks of life."
Friends of the Library used the salvage of the demolition of the Shepard Building as a fund raiser...
and saved some pieces of Walloon Lake history. 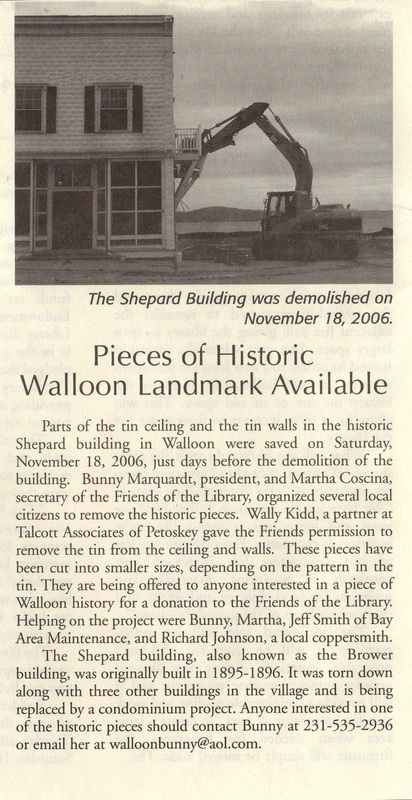 The Walloon Lake Library hosted on 30 April 2018 Valerie Hemingway who told the audience some fascinating stories about her life. She has written Running With The Bulls (2004) which chronicles her own life, and also her time as secretary with Ernest Hemingway the last two years of his life. After Ernest died, Valerie married Ernest's son Gregory. 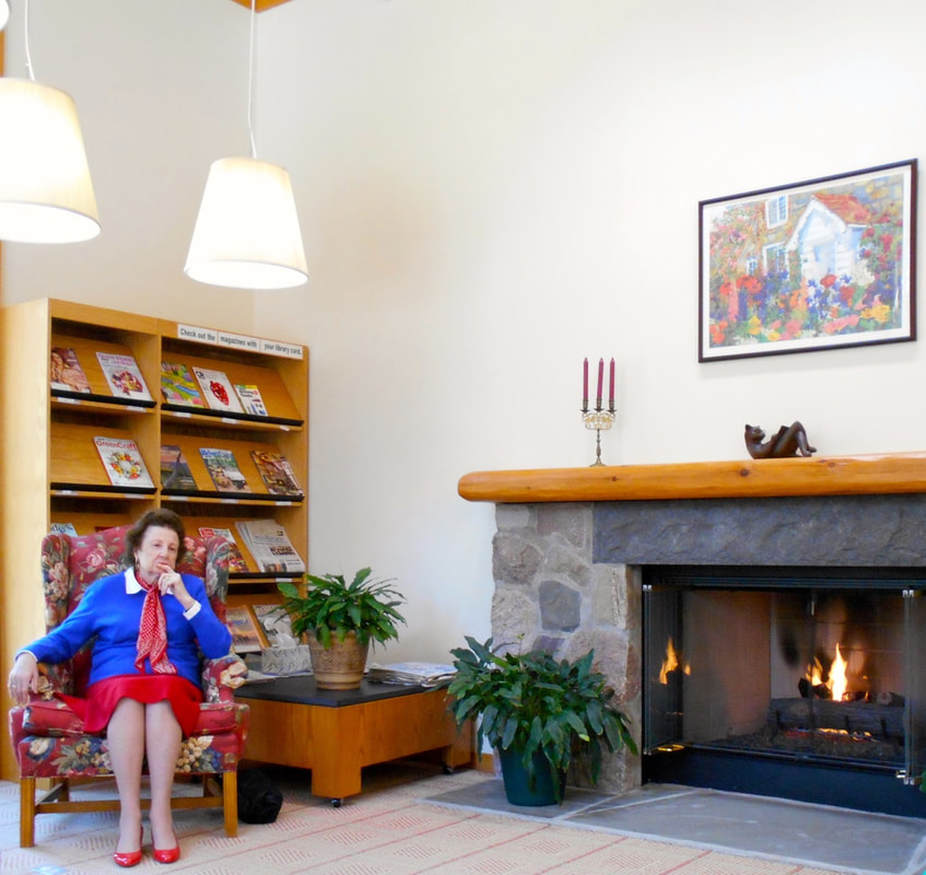 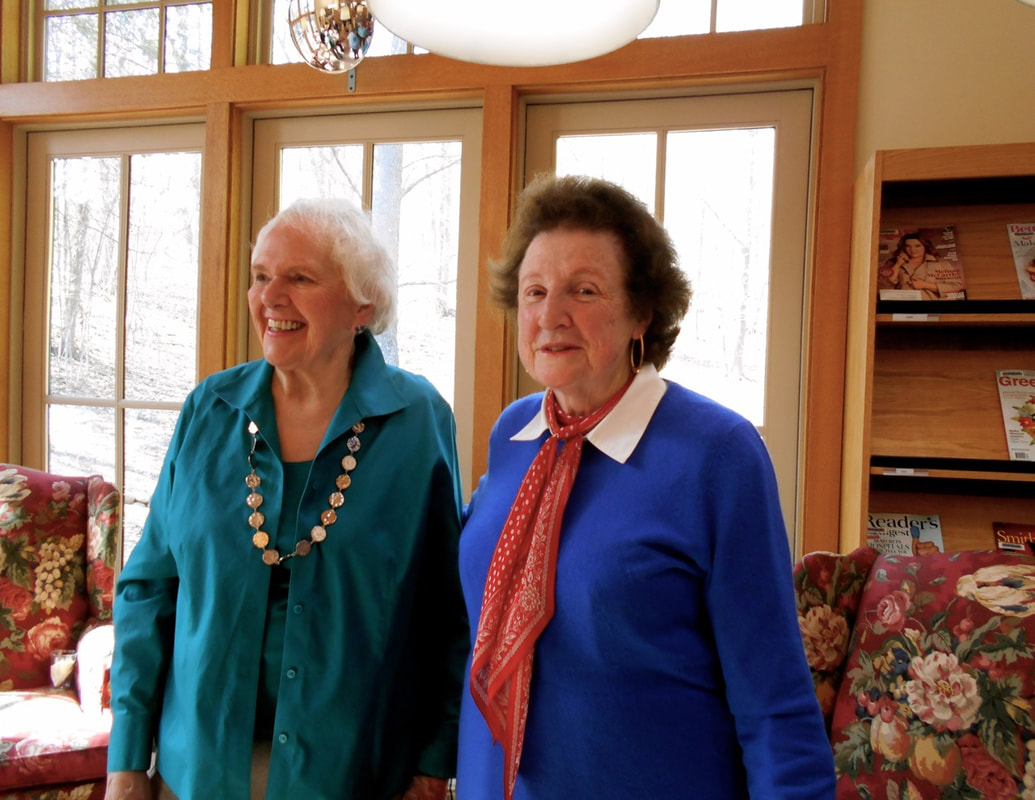